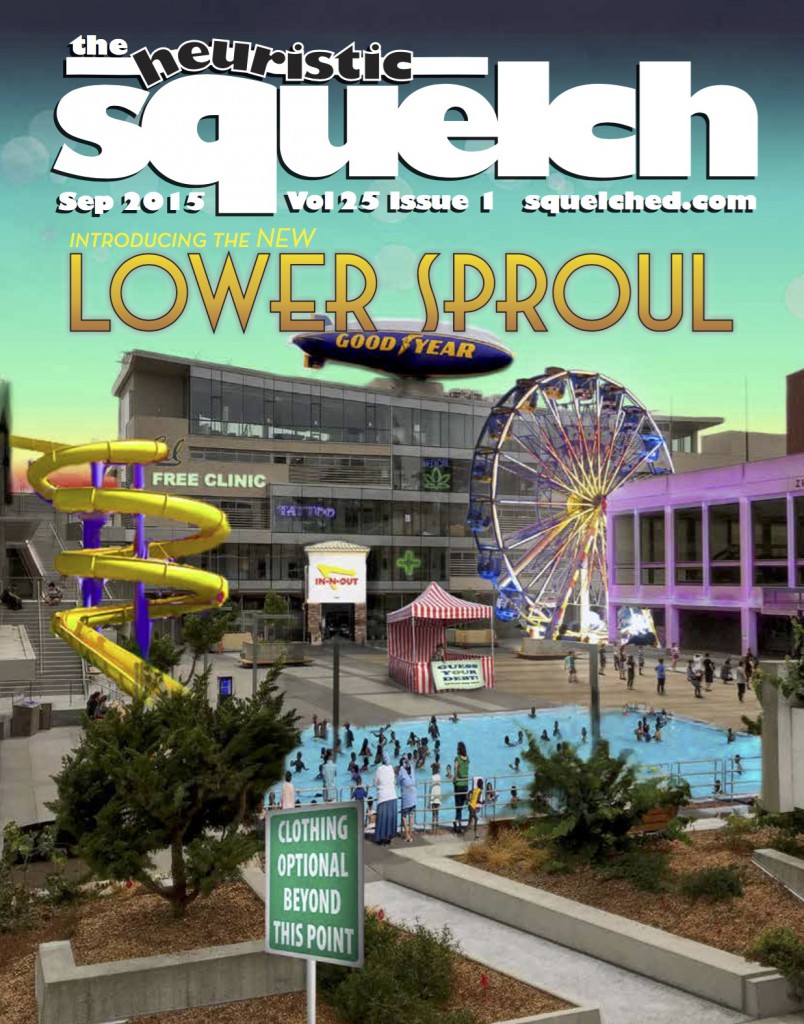 “I have English R1B from 3:00 to 4:30 on Tuesdays and Thursdays, and it looks like you both have class till six, so I’ll just be here,” Osborne explained to the other two. When one roommate commented that he was not planning on attending lectures, Osborne immediately tried to convince him otherwise, arguing that college lectures are informative, insightful, and more than worth giving him the time to jerk it.

“I don’t know what I’m going to do if I don’t have this hour and a half to myself,” Osborne told Squelch reporters. “I had my own room at home, and I’m used to a certain lifestyle. Twice a week won’t be nearly enough as it is.”

Osborne spent the next few seconds looking on in horror as his new roommate crossed the NutriSci 10 lecture off of his printed schedule, then turned to him and said excitedly, “Nice, we’ll have more time to chill in the dorm. I heard this class is a joke.”

“I haven’t jerked off since I got here,” said Osborne. “It’s only been like three days, but I’m already starting to feel it. I don’t know if I can keep this up for long. But I mean, this is college, right? I’m sure I’ll start getting laid soon.”

Brad White, a member of a fraternity on campus, had to leave a university mandated sexual assault awareness workshop early to pick up alcohol for the party his frat was hosting later that night.

“I was having a really enlightening time at the workshop,” White told Squelch reporters on his way out of the building. “Unfortunately, BevMo closes at 8:00, and I need fifteen handles of Vitali, ten boxes of Franzia, eleven jugs of Rossi, and five thirty-racks of Natty Lite.”

The workshop, hosted by the police department and held in White’s fraternity house, stressed the ideals of positive consent and made clear that strict punishments, up to and including a suspension from the Pan-Hellenic Council, would be handed down in case of any misconduct at the parties. The officer giving the talk ended, however, by reminding all the young men to “have a great time.”

“I’m really excited for the party tonight,” White added as he walked from the workshop to his car. “It’s already our third [party] of the semester, and we’re upping the ratio to make sure we’ll have enough girls to keep things interesting.”

Meanwhile, at a nearby co-op, the social manager had to leave her house’s consent workshop early to pick up molly for the Sex Dungeon Day Rave planned for the next day.

An interdisciplinary team of Harvard scientists is celebrating today after successfully building the first urinal you can poop in. The research team brought together top faculty from Harvard’s Mechanical Engineering, Cognitive Science, and Anthropology departments to solve what is widely understood as one of the most pressing issues of the 21st century.

The urinal consists of a white porcelain base filled with water, which the user sits upon while defecating. After the bowel movement is complete, the user presses an ingenious, built-in lever to evacuate the bowl. The rear of the urinal resembles a seat backing, and consists of an innovative apparatus for storing water between evacuations. It can be easily mounted to the floor just like a regular urinal, except you can poop in it. According to the team, the current model cannot handle urine—only poop—but the team hopes to address this issue in subsequent models.

“We understand and apologize for the turmoil that has resulted from our decision. Bill Maher’s long history of objectionable statements on religion, women, and minorities makes him an unfit candidate to speak at a UC Berkeley graduation ceremony. But, to be honest, we didn’t think anyone graduating in the winter would notice.”

Maxler went on to further apologize, “I don’t really care for the guy myself, but we ran into a bit of a pickle because we’d forgotten all about winter graduation. By the time we went to book someone, Maher was one of the only speakers available.”

On the magnitude of the outrage Bill Maher’s appointment has received, Maxler said, “We were honestly surprised that this hodge-podge of transfer students and quasi-dropout tweakers would give a shit. Frankly, we almost went with Carrot Top but he couldn’t fit all his props behind the podium.”

Maxler concluded by noting how lucky these “stoner fuck-ups” were to even receive diplomas in the first place.

An inquiry into the Bay Area Rapid Transit by the State of California has found that the sounds emitting from a BART train during its normal service route, often thought to resemble the ghoulish metallic shrieks of haunted souls serving an infinite penance, are “definitely supposed to be there.”

Rather than implicate decades of poor maintenance, inadequate quality standards, and a general crumbling of US infrastructure, the report found that the clanging, most resembling the tormented screams of exploited laborers upon whose bones the BART lines were laid, was “not even that loud, if you really think about it. The average rock concert is well over the OSHA threshold as well. And rock concerts are, like, totally bad-ass.” The study went on to say that the BART is equally bad-ass, and questioning its “dangers” is uncalled for. “People often overlook the many perks of riding on the BART. For instance, sitting next to a bag of wet trash secures one’s privacy.”

According to the survey findings, 91% of commuters agree that the flickering lights and continuous bumping of the BART as it hurtles through the dark at 80 mph beneath the San Francisco bay reminds them of the near-death thrills found at many big name theme parks, such as Disney World, Magic Mountain, and Knott’s Berry Farm.

At press time, a BART comptroller was arrested in his connection to an under-the-table purchase of 200 metric tonnes of WD-40.

A study released Wednesday by the UC Berkeley Environmental Science department on the weather patterns of the Israeli desert has drawn heavy criticism from both pro Israel and pro-Palestinian factions on campus. The study, which found that the Negev Desert in southern Israel was “pretty fucking hot”, has sparked outrage on campus.

Leading members of Students for Justice in Palestine labeled the study as “more proof of blatant Zionist propaganda in Western Universities”, while the official Jewish Student Union response called the study “another example of the radical anti-Semitic bias among UC Berkeley faculty.”

“Clearly this rise in temperature is a result of Israeli subterfuge,” a member of SJP told Squelch reporters. “This professor is a Zionist extremist who is abusing his power and funds to push for more settlements in the West Bank, and thus pushing to prolong the apartheid regime occupying Palestine. This study was obviously funded by Benjamin Netanyahu and his Likud allies in their war against the Muslim people,” she added.

Members of the Jewish Student Union shot back, “To imply that settling in the West Bank is a main cause of global warming is ridiculous,” a leading member of Tikvah: Students for Israel told Squelch. “Clearly it is a result of Palestinian subterfuge. This liberal professor is a jihadist extremist who, along with rest of the UC Berkeley faculty, will stop at nothing until a third intifada turns Israel into a Sharia state, and all the Jews are pushed into the sea.”

“Israel has the right to defend itself,” he added.

Both factions are demanding that the professor who authored the study step down from his position immediately, and there are protests planned on Sproul Plaza for the next ten days. 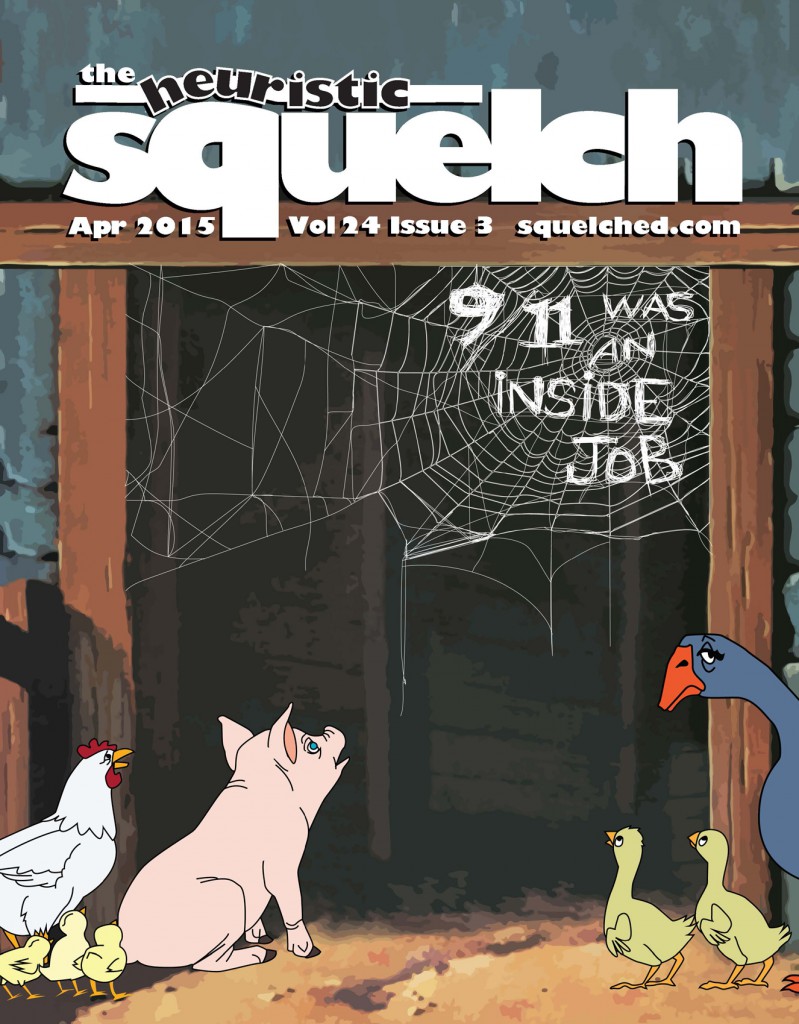 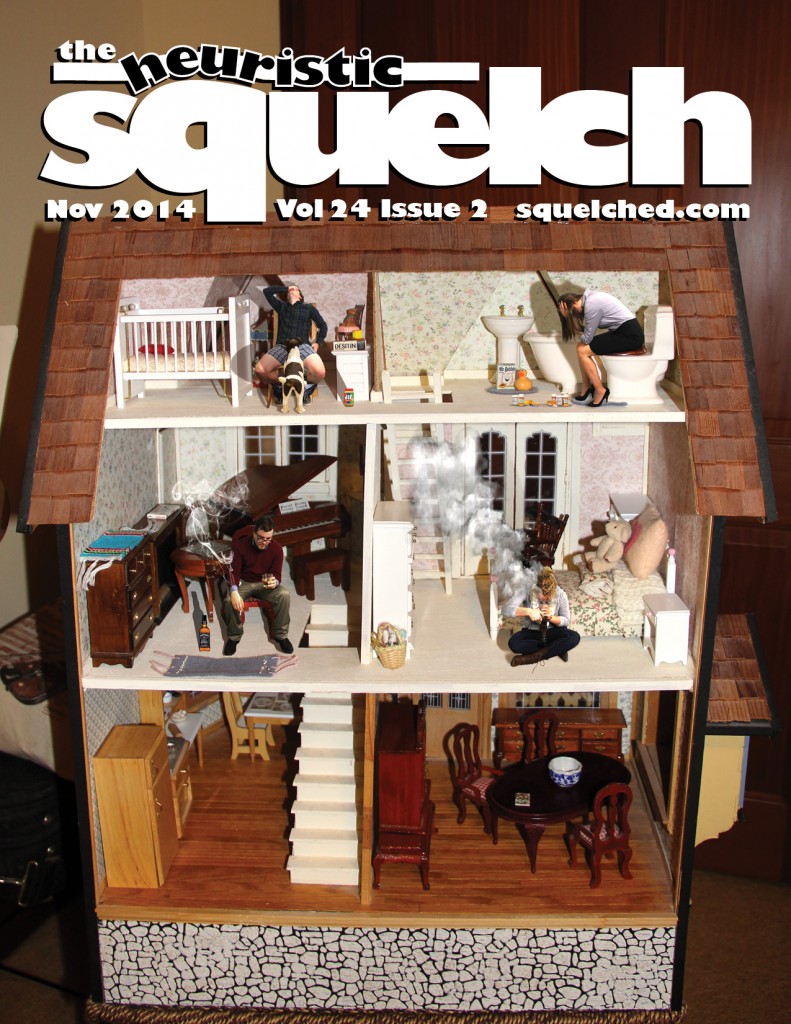